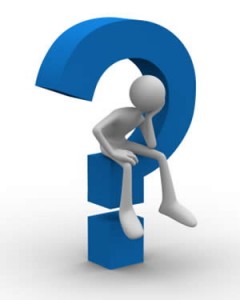 What is going on? Has the Spanish government totally lost the plot or does it have an ulterior motive? What is Spain’s future with regard to the eurozone? What is going on with the changes on Residency Application in Spain?

As this is not our normal kind of blog post, you may well be wondering what has caused us to write like this, so let me explain.

Earlier today, we stumbled across an article published on the British Embassy Madrid website. This article is a translation of new residency requirements in Spain as published in the Spanish Order 1490 of 9 July 2012.

The Spanish Order 1490 of 9 July 2012 sets out the rules of entry, free movement and residence in Spain of nationals of other European Union Member States and European Economic Area.

What happened to free movement amongst Member States?

To be honest, I cannot say I disagree with what has been laid down before us but I amalso uncertain as how ethical it is, especially if Spain´s intention is to remain in the European Union.

In summary, the changes to the conditions for residency application in Spain now require EU nationals to either:

What do you think about that? Is it right? Is it wrong?

Many expats in Spain seem to think that Spain is pushing away expats who want to move to Spain. Or are they simply being selective about the type of people they want to allow into their country? I have seen some comments that people think the UK should impose the same measures …

Recently, changes in procedures for the NIE and Residency application in Spain demonstrated a strong push towards foreigners applying for residency rather than simply obtaining an NIE. Was this to help Spain receive more funding from the EU? If so, then why this reversal in attitude? Surely, any expat in Spain who was thinking about “legalising” their situation in Spain by applying for residency, and not just using their NIE certificate, will now think twice. Have the Spanish government changed their mind? Is EU funding no longer important?

No doubt, more information will become available over the coming weeks and months. In the meantime, how will expats who are already here in Spain be affected?

Do you hold a valid residency certificate/card? If not, how do you feel about these changes? Do you forsee any obstacles in the near furure?

Do not hesitate to contact us with any questions and to share your experiences and knowledge with our readers. We will do our best to keep you updated.

Please note that, at the end of the original article you will see:
“This Order will apply to applications presented after 24 April 2012”.
“This Ministerial Order is passed under the provisions of Article 149.1.2 of the Spanish Constitution, which gives States sole jurisdiction in matters of nationality, immigration, foreign affairs and right of asylum”
This Order will come into force on the day after its publication in the “State Official Bulletin”. (10 July 2012)

So basically the Spanish Government appears to be within their rights imposing theses requirements as: “The rules on social security coordination do not replace national systems with a single European one. All countries are free to decide who is to be insured under their legislation, which benefits are granted and under what conditions. The EU provides common rules to protect your social security rights when moving within Europe.”

Let´s see what happens next …

For detailed instructions how to complete your own NIE application:  Click Here.