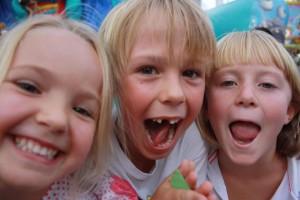 Finding the Best Schools in Malaga …

The region of Málaga is one of the most popular destinations for people, of all nationalities, relocating to Spain. Thanks to its excellent transportation network, it offers affordable accessibility to most parts of the world on most days of the week. Famous for its wonderful climate and outdoor Mediterranean diet and lifestyle, the Málaga region is a favourite amongst families looking for a new life abroad. ( Read this great post A to Z Reasons to live in Malaga)

Due to the cosmopolitain nature of this part of Spain, there is a wide range of education options available to children of all ages and all nationalities.

All British Schools in Spain are inspected by the local authorities before being issued with a licence to operate as a school for foreigners. The Curriculum is monitored by the British Council who ensures that the correct curriculum is followed and that teachers have the correct UK recognized qualifications.

There are many towns offering education at International Schools in Malaga and a high percentage of them in the Marbella area and consequently fees in this area tend to be higher, however higher fees are not a reflection of higher standards.

If you have decided that you would rather send your children to one of the State Schools in Malaga rather than a private or international school, you may wish to check out the Junta de Andalucia’s website. It  provides a concise list of state schools in Malaga and all provinces of Andalucia.

Although only in Spanish, the website is relatively self explanatory. By inputting the post code or the village/town where you are planning to move to, you can see the schools in that area.

The codes used are:

In other parts of Spain the schools close for a 2 hour lunch and continue lessons in the afternoon. Private/International schools tend to follow the traditional UK timetables of 9am until 4pm or 5pm.

If you would like more information about state schools in Malaga, do not hesitate to Contact Us.