Where to live in Spain: Living in Seville v Antequera

Living in Seville versus Antequera: Comparing the South’s Biggest City to its Most Centrical

If you are thinking of moving to Spain and wondering where to live in Spain, it is always interesting to hear what other expats living in Spain have to say about areas they have lived in. 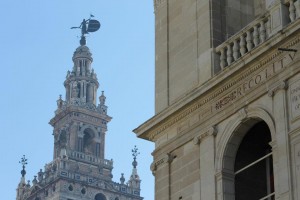 In this article, Cat and Hayley, two young, North Americans give us their thoughts on living in Seville and Antequera …

Seville is Southern Spain’s de-facto capital and a must-see on the tourism circuit. It’s also the center of politics and culture in the south. Antequera, on the other hand, is in the dead center of Andalusia and about as typically Spanish as you can get.

Here we give you the battle between settling in Andalusia’s largest city, Seville, or enjoying the small town charm of Antequera.

The Pros for living in Seville …

Proximity to the beaches and mountains: Seville is located in the Guadalquivir Valley and sits at just one hour from both the beaches in Huelva and the mountains in the Sierra Norte or Cádiz. It’s also not far from the Portuguese border.

Interurban transportation and friendly on cyclists: Home to an international airport, a major train station, and two bus depots, it’s easy to travel from Seville to destinations all over Spain. Several major motorways service the city, too. Seville has also received the accolade of being Spain’s most bike-friendly city, thanks to its flat terrain and over 100 kilometers of bike lanes.

The tapas and dining scene: Seville is well-known for its tapas, a small dish consumed at mealtime. Locals say the bar culture has kept the economy afloat, and the establishments are practically a Sevillano’s living room. What’s more, Seville offers several other types of cuisine, from Indian and Mexican to Argentinian, so you won’t have to eat tortilla española at every meal.

Beauty, folklore, and history: It’s impossible to keep Seville’s charm a secret. From the horse-drawn carriages to the eclectic architecture, the city is full of beautiful corners to explore. Seville is also quite traditional, so flamenco and bullfighting are common art forms and synonymous with the city. Living in Seville means never getting bored of its beauty.

Historic Seville is one of the many culture and contributions to Spanish patrimony. After all, it was here that the Catholic Kings gave Christopher Columbus money to discover the New World, and the riches the conquerors brought back were funneled through the city. This has left its legacy in both architecture and language, making Seville a culturally rich city.

Local festivals: Known for both its extravagant Holy Week and colorful local fair, Seville actually has a local minister solely dedicated to the springtime festivals. Because Seville is a cultural capital, there are plenty of flamenco shows, music festivals, and gastronomic markets throughout the year.

Strong international contingent: Truly a city with international flair, Seville has become home to people from many cultures without being too overwhelming. There are several international groups for expats to join, allowing us to stay in contact with our language and culture. Seville is also home to two universities, meaning Erasmus students arrive in droves during the academic year.

In the Pros Antequera corner…

Location, location, location: Antequera was nearly chosen as the capital of Spain’s Southern Autonomous Community for its strategic position in the geographic center of Andalucía. Nowhere are you better positioned to visit the South’s most famous cities than in Antequera. Head north to Córdoba or south to Málaga and arrive in just under an hour; while a trip west to Seville or east to Granada will take you around an hour and a half. 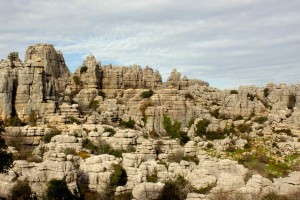 Antequera is also within an hour’s drive to the famous Costa del Sol beaches. Are mountains more your scene? Just 15 minutes outside the city is the famous El Torcal Park and Nature Reserve with Jurassic age rock formations that will take your breath away and transport you to another time. 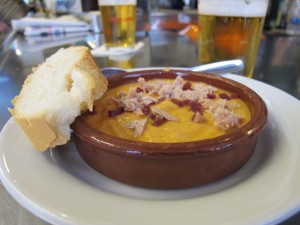 Eat on the cheap: If you’re looking for a traditional tapas experience look no further. Antequera keeps Spain’s culinary tradition alive and well by charging clients just over 80¢ for a small plate of food to accompany their drink of choice. Take advantage of the small portion sizes to sample a variety of tapas and expect to spend a mere 10€ on a meal out.

Still not full? Don’t forget to save room for breakfast! Antequera is known throughout Spain as home to the mollete, a delicious white bread roll served lightly toasted and spread with any number of typical breakfast toppings from tomato and olive oil, to jam or even paté. Though you’ll see mollete on menus all over Spain, the best can only be found in Antequera.

Culture: Where better to soak up Spanish culture than in this typical mid-sized city? Antequera hosts two ferias each year, one in May and the other in August, which coincide with bullfights at its bullring, built in 1848. Other festivals throughout the year keeps things lively: don’t miss the Tapa Fair usually held in June, September’s Medieval festival or February’s Carnival celebrations.

Practice makes perfect: Looking to perfect your Spanish? Try living in a small town rather than a capital city. With very few fellow ex-pats to depend on it would be almost impossible not to improve your Spanish while living in Antequera.

Cons for living in Seville

For every upside to living in Seville, there seems to be a downside. It’s actually an odd paradigm that expats get used to, but the annoyances sometimes creep up from time to time.

Limited flights from the San Pablo airport: Seville’s airport is quite small and doesn’t fly to many international destinations. This means flying from Málaga or Madrid is sometimes necessary, or catching several flights to reach your destination.

Still one hour from beaches and mountains: Seville is relatively close to the coast and to the mountains, but not that close. When you choose not to have a car, escaping the city can be tricky. 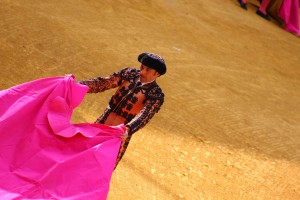 The heat: Seville is one of continental Europe’s hottest cities, and May to October feel like living in a sauna. Because the city sits in a valley, all of the hot air remains trapped over the city, a meteorological phenomenon known as El Bochorno to locals. No wonder so many sevillanos head to the coast every weekend!

Cost of living is higher: Naturally, living in a city means paying more for rent, entertainment and transportation. Aspiring expats should check out the cost of living as part of their research before choosing a city over a small town.

Small town blues: Life’s certainly far from perfect in Antequera. While locals are friendly and open, with only one cinema, a small shopping mall and a handful of grocery stores, expect to run into the same faces again and again. If you’re a fan of anonymity, Antequera is not the place for you.

Missing home?: It’s been a long day and nothing would make you happier than to kick back with some fellow English speakers in front of a hot plate of Mexican nachos, some spicy Indian curry or even a bowl delicious Thai noodles. Not in Antequera. If you’re a fan of frequent international flavors and company this traditional Spanish town may not be for you.

Buy a car: Antequera is well positioned in the heart of Andalucía; but you’ll be hard-pressed to take advantage of its stellar location without your own transportation. While busses and trains to major cities and small villages do exist, their timetables are famously irregular and inconvenient.

Have we peaked your interest? Have you made a decision? Are you a North American thinking of relocating to Spain? Get in touch.

Do you agree or disagree with Cat and Hayley’s thoughts? Where would you rather live? Post your comments and we will welcome other ideas too about where to live in Spain.

and Caroline’s thoughts about Madrid and Valencia HERE

And, of course, our totally biased opinion HERE

If you are thinking about moving to Spain, watch out “Moving to Spain videos” for lots of essential information.