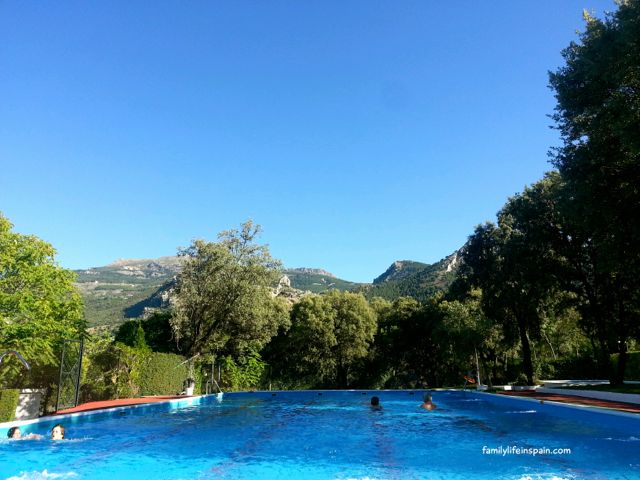 We decided to spend the first few days of our 3 months,12 weeks, 78 days summer holidays 2015, camping in Granada.

We had originally thought of going to our favourite campsite in Tarifa but as we have several beach destinations planned already for this summer we decided to head up into the mountains. And we were really glad we did.

Having asked local friends and acquaintances on Facebook for suggested campsites, we opted for Camping Las Lomas in Guejar Sierra, Granada.

It was our first time camping in Granada. We are more used to visiting the neighbouring valley, the well-known ski resort of the Sierra Nevada in the winter months.

We decided on Camping Las Lomas for 4 main reasons:

We were not disappointed! 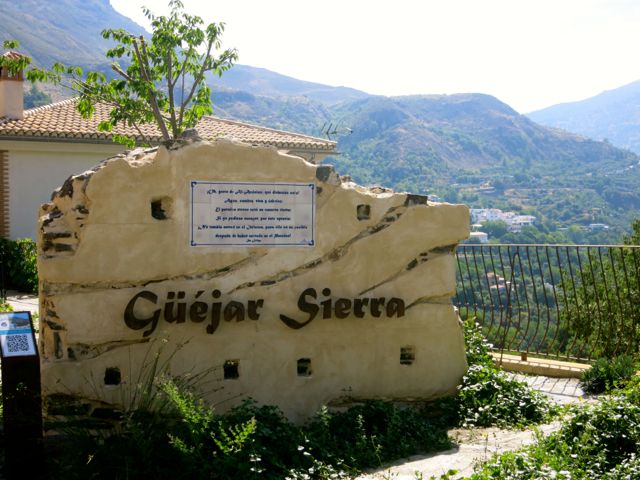 Güejar Sierra is a village and municipality located in the province of Granada, Spain. According to the INE, it had a population of 2,988 at the start of 2010. The village is situated in the north-western part of the Sierra Nevada mountain range, at an altitude of 1,088 metres.

The municipality borders Pinos Genil, Dúdar, Quéntar, La Peza, Lugros, Jérez del Marquesado, Trevélez, Capileira and Monachil. Its boundary with Trevélez and Capileira runs along the highest ridge of the Sierra Nevada, and over Mulhacén, making these the three highest municipalities in peninsular Spain. The Genil and Maitena rivers rise in Güéjar. 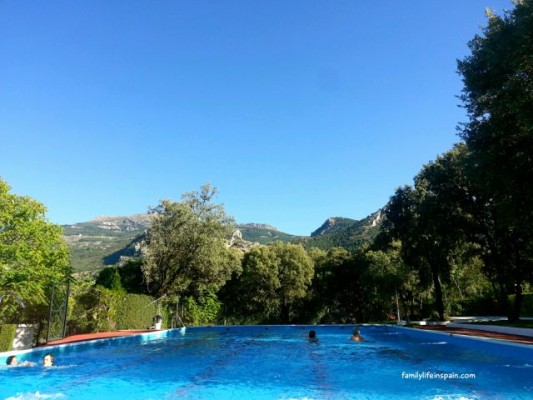 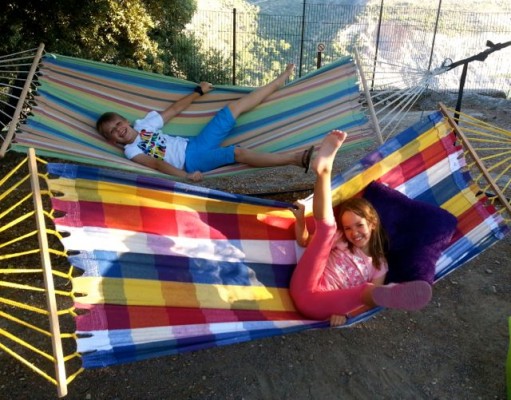 Fun in the hammocks 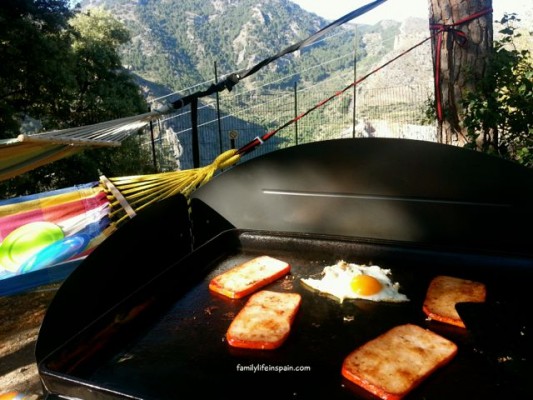 Breakfast with a view … 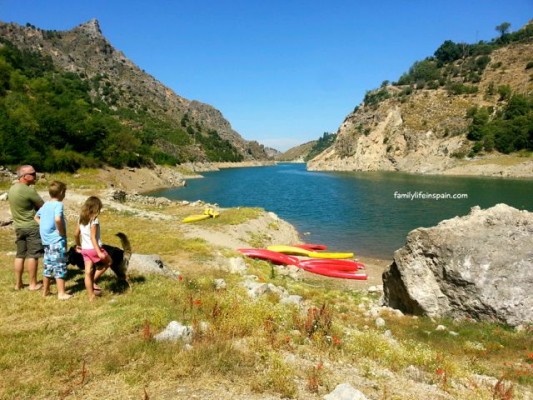 Use your EYES to marvel at the stunning scenery

We spent a great few days, relaxing and discovering the surrounding area… 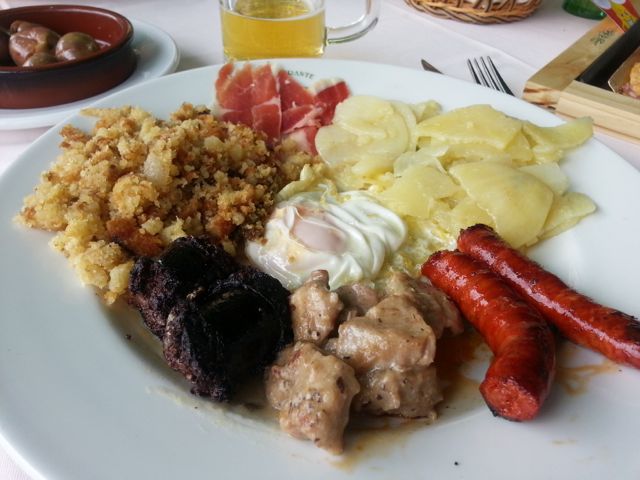 If you are planning to go camping in Granada, we’d happily recommend Camping Las Lomas. We will be back again, for sure.