Our April Fools in Spain. A Brief Look Back at Events in Spain 2016 and Our Memories

WARNING: Lisa is rambling again. This ramble is about totally related and unrelated stuff in Spain 2016. We have neglected our blog for too long so this is her way of getting it all out, looking back and moving forwards … you have been warned 😉

Our April Fools in Spain

December 28th in Spain, is Dia de los Santos Inocentes. It is basically the equivalent to April Fools in Spain … a day when is it customary to play practical jokes.

To all the lovely people who emailed us and posted messages on our Facebook page, please accept our apologies, but we couldn’t resist it…

Posted by Family Life In Spain on Wednesday, 28 December 2016

This celebration appears to have its origins in an event narrated by the Bible concerning King Herod and the innocents, although over the centuries it has evolved to become a boisterous day in which even the media usually reports on some outrageous and completely invented news story.One of the most widespread jokes on this day is to stick a figure cut out of white paper on someone’s back (without them realising). The word in Spanish for this practical joke is an “inocentada”. And, in the numerous Christmas markets (usually located in the large squares in the cities) you can find a whole range of joke articles (wigs, itching powder, false ink…).Many areas in Spain also have other typical local celebrations on 28 December. Examples include the festivity of Los Locos (or “lunatics”) in Jalance (in Valencia, the mayor of the lunatics governs the town for 24 hours); the festivity of the Holy Innocents in Nogalte (in Murcia, with popular dancing and bands of singers); the Danza de Los Locos, or “dance of the lunatics” in Fuente Carreteros (in Cordoba); the “Obispillo”, or “little bishop” (celebrated in places such as Burgos, Palencia and Murcia, where a small boy is chosen to carry out the functions of the bishop for one day); and the “Festa dels Enfarinats” de Ibi (in Alicante, involving a “battle” fought with eggs, flour and firecrackers).

Why did we decide to play this December 28th “joke”?

It may surprise you but we were doubting whether to continue with our blog and social media pages. Life seems so busy these days and time is of the essence.

Sometimes we just need to take check of everything, especially tasks that take up a lot of our time. Thanks to your responses we know that we shouldn’t give up what we have spent years creating.

We have been blogging since 2010 and have built a wonderful family both online and in real life. It is thanks to all your comments, the private emails and business offers that we are now fully motivated for 2017 and will be planning lots more exciting adventures.

If you use social media, join us for more online fun and activities in 2017: 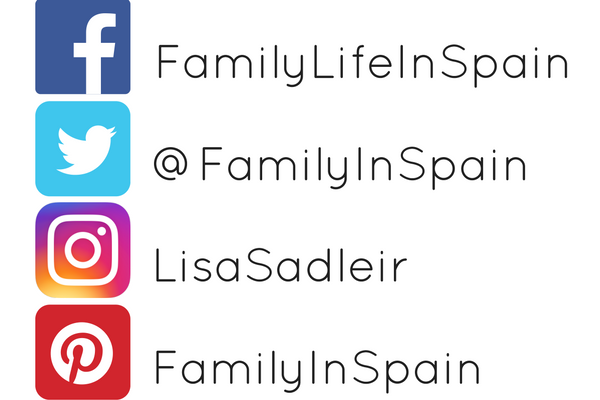 A very quick summary of the continuing struggles in Spain 2016 …

Good News in 2016 from friends in Spain:

Spain’s ‘ghost’ airport finally gets ready to welcome its first flights as Ryanair confirms routes between Castellon and the UK.

Castellon is one of a number of building projects that fell victim to developers going out of business, running out of funds or not appreciating that their masterpiece was not needed during the boom years.

Another airport, in Ciudad Real, remains unused despite costing more than €1bn to build. Airlines did use it, but left when the company managing it went bust.

The inclusion on the UNESCO cultural heritage list of the festival, which dates back to the 18th century, comes at the end of an intense two-year campaign backed by authorities in Valencia and involving the participation of thousands of people including falleros, as the people taking part in the festival as known, as well as the artists and craftspeople working on creating the fallas, and pyrotechnics experts – fireworks and firecrackers are an essential part of the festivities.

Located in the heart of Andalusia in southern Spain, the site comprises three megalithic monuments: the Menga and Viera dolmens and the Tholos of El Romeral, and two natural monuments: La Peña de los Enamorados and El Torcal mountainous formations, which are landmarks within the property. Built during the Neolithic and Bronze Age out of large stone blocks, these monuments form chambers with lintelled roofs or false cupolas. These three tombs, buried beneath their original earth tumuli, are one of the most remarkable architectural works of European prehistory and one of the most important examples of European Megalithism.

An article in El Pais informs us that July shatters tourism records in Spain. There were 9.6 million visitors last month, beating previous all-time high set in August 2015 July 2016 has shattered all tourist records in Spain. Never before had so many foreigners – 9.6 million – visited the country in a single month.

The figure represents a 9.1% rise from July 2015, which was already a bumper year for tourism. And it is higher than the previous record for monthly foreign visitors, which was set in August of last year.Despite the Brexit vote and a weaker pound, British citizens continue to make up the bulk of foreign tourists to Spain, with 2.2 million arriving in July, a 11.4% rise from the same period last year.

We are happy to announce that Malaga, one of our favourite Spanish cities, continues to blossom and is receiving acclaim from many sources. In December, the museum of Malaga opened to the public. You now need even more time to visit this great, open and welcoming city.

Let’s start with the happy stuff …

2016 was a great year for us, particularly on the family travel side. In February, we discovered an amazing ski destination in Northern Spain. We had an fabulous summer, travelling to new places, meeting up with family and friends (Yes, I know I have still to write those up and I will!)

We welcomed many beautiful families and couple to Spain, to start their new lives, via our relocation services on http://movetomalagaspain.com/ and we’d like to thank the wonderful Louise for assisting us with this. We couldn’t have coped with the demand without her!

Due to popular demand, I , Lisa, started focusing on the Property Finder section of our business and 2016 was a very successful year. We’d like to thank all our lovely property owners (both current and in the pipeline) and wish you all a wonderful 2017 and many more years to come in your new Spanish homes, be they permanent or holiday homes.

Our son took the leap from Spanish state school in Mijas Pueblo to a private bilingual school in Benalmadena. (https://familylifeinspain.com/2016/09/15/secondary-education-in-spain/) He has taken to it like a fish takes to water, making us so proud. Bilingual education rocks and if you have any questions about it, we’d be more than happy to discuss it with you.

Our daughter has overcome many of her inner demons and has participated in two live performances, for her ballet and rythmic gymnastics. And, despite the uncertainty of her unexpected change of class at the beginning of the school year (https://familylifeinspain.com/2016/09/11/living-abroad-with-children-changes-inevitable/ ) she is loving school and adores her new teacher. 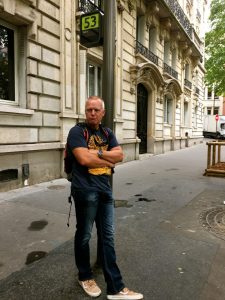 Dad with a grumpy face!

Like many people, we have had a few incidents, particularly monetary issues and bureaucratic challenges, over the last few months. However, it will take a lot more than that to make us leave the place that we continue to call our home.

We are as determined as ever to discover more about living in this great country. A country that is also experiencing its own issues and internal struggles.

We have always promised to tell the truth, the whole truth, and nothing but the truth about living in Spain on our website and this will not change.

Looking back, I think we seemed to have forgotten all the good stuff and ended on a kind of low. We are battling to understand why it is the honest taxpayer who appears to be being targeted in order to recover the biggest economic debt the country has “ever experienced” … those who continue to work outside of the radar need to be pulled in and exposed.

Despite being very careful, we have been hit hard by the Spanish authorities, not only sending unjustified traffic fines (https://familylifeinspain.com/2016/04/20/paying-traffic-fines-in-spain-this-time-we-refuse-to/) which we managed to contest and win, but also claiming all kinds of taxes relating to our business and land purchase. We are in a whirlwind of Spanish red tape and bureaucratic challenges.

Can you imagine paying a price for something and then being charged tax on almost 170% of that price?  Read more on Move To Malaga

Thankfully we have very good professionals working with us and we will continue to contest what we do not believe to be acceptable. It is not easy but we will fight.

Our advice for you …

It is more important than ever to keep all authorities informed of any change of address. Remember that you are responsible for checking if you have any unreceived fines. The longer you leave it, the more expensive they become.

If you haven’t done so already, ensure you have a reputable and reliable gestor, account and and when necessary, qualified lawyer.  (http://movetomalagaspain.com/spanish-property-lawyers/)

As we look back on Spain 2016 and look forward to 2017, we are, once again, excited. Admittedly, there are lots of unexpected’s lurking over many people (sorry but we refuse to discuss the “B word” until those in power stop pussyfooting around and make the decisions that need to be made for many to get on with their lives). Once the regulations are clear, our Moving to Spain books will be updated and our new How To Move To Spain Online Course will have all the information you need.

We will continue to share our real life experiences with you in 2017. Remember we are not selling dreams, we are sharing reality. The good, the bad and the ugly about Family Life In Spain.

Whether you are planning to move to Spain or are already living here, ensure you read Our Top Tips for Enjoying Life in Spain in 2017. (This article currently being written so come back soon!)

Phew! That’s it. Sorry to ramble but now that that’s all out of the way we can move on and look forward to what Family Life in Spain has to offer in 2017 🙂