Pesetas or Euros? Make Money From Your Leftover Currency

Let Us Show You How To Make Money From Your Leftover Currency!

Did you know that Spaniards are still hoarding pesetas worth about €1.7 billion?

Since the euro was introduced in Spain on New Year’s Day 2002, the Spanish have kept the faith with the old money by hoarding about €864 million in notes and €805 million in coins, according to the Bank of Spain. Whether the money is stuffed under the bed or hidden in cupboards, that’s a lot of spare change lying around! But there are more useful things to do with your leftover currency.

Why the pessimism following the peseta?

Pesetas can still be exchanged by the central bank until the end of 2020, so there’s still time to swap it for euros. After all, what else can you do with it? Maybe some people are hanging on to the money in the hope the peseta will be reintroduced into Spain. Many still complain the euro led to rapid inflation as prices were rounded up. A cup of coffee in a bar which previously cost 100 pesetas was priced at €1 while a menu del dia – three-course lunch – went from 1,000 pesetas to €10, which was a whopping 66% increase. (The exchange rate says €1 is worth 166 pesetas). So it’s no wonder that people were suspicious of the new ‘funny money’ and wanted to hang on to the beloved peseta. But can this still be the case 15 years later?

But even the peseta is a relatively new currency as it was only created during the monetary reform in 1868, according to A Farewell To The Peseta speech given by Eugenio Domingo Solans, Member of the Governing Council and of the Executive Board of the European Central Bank, in February 2002. The mid-19th century was a turbulent time of social upheaval, economic depression with a need to establish financial and monetary order. So a new currency was born. 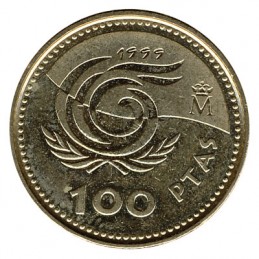 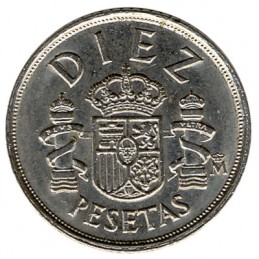 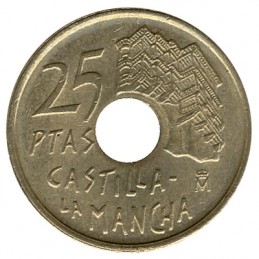 According to historians, the franc and peseta share the same origin with the Livre Tournois, from Tours, being introduced into Catalonia by French troops during the War of the Spanish Succession which ended with defeat in 1714. In France the Franc Germinal replaced the Libre Tournois while the peseta came into being in Catalonia before becoming the basic unit of the Spanish monetary system in 1868 when decimalisation was also introduced (something the British didn’t bring in until 1971 incidentally)  Prior to that, the ‘real’ meaning ‘Royal’ was the Spanish currency from the middle of the 14th century until 1864 when it was replaced by the silver ‘escudo’ which lasted from 1864 until 1868.

So what is a peseta? The word ‘peseta’ is thought come from ‘pesseta’, the diminutive form of the Catalan word ‘peça’ meaning ‘piece’. However, it may also have come from the Spanish word ‘peso’ being ‘weight’. 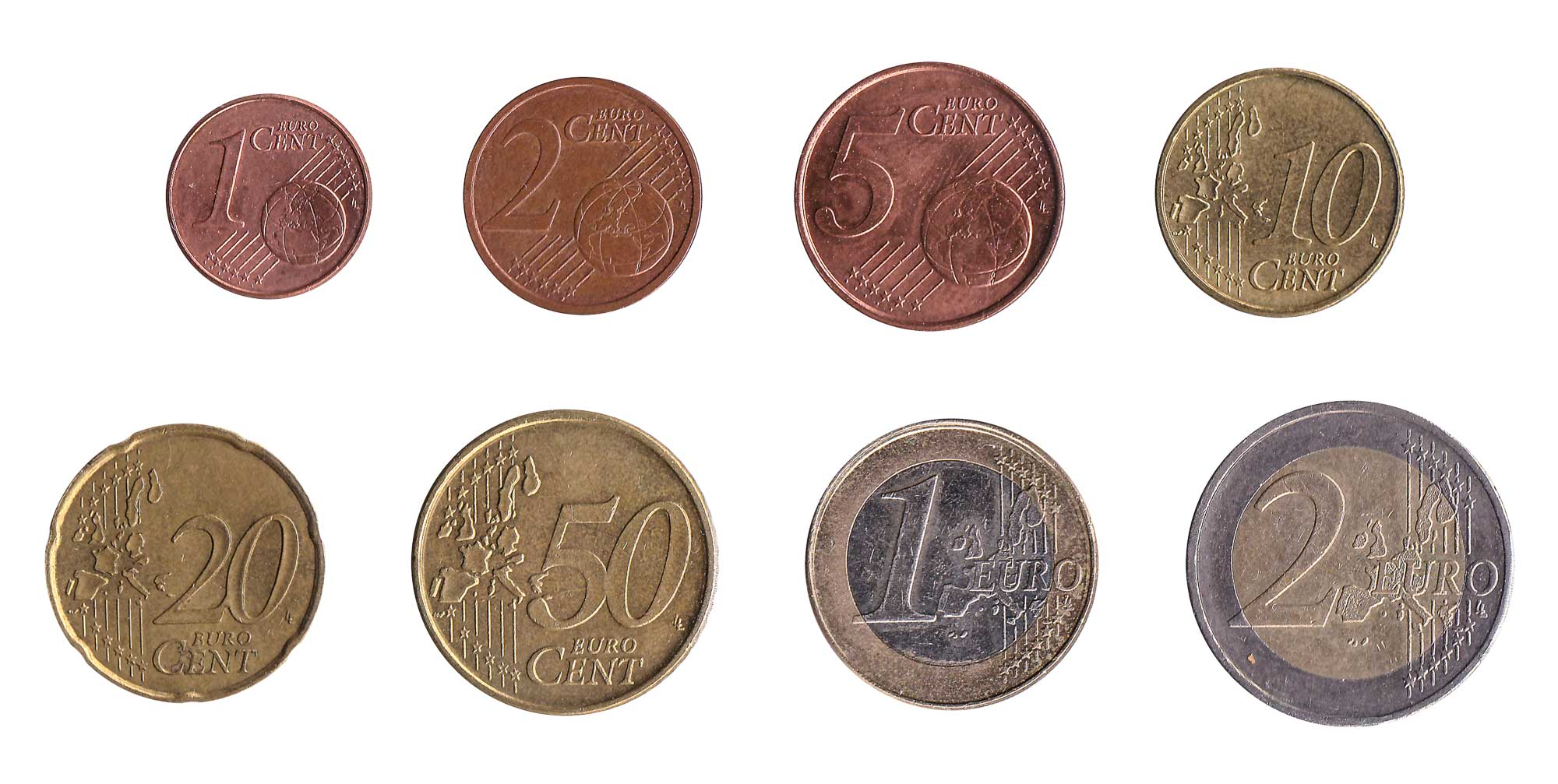 Euro euphoria – reasons to be cheerful?

Despite the doom and gloom by many traditionalists, the reasons for setting up a Euro-wide currency were sound.

Obviously, businesses benefit immensely too as they can trade with their fellow European companies using just the one currency unless they have dealings with the UK of course.

It’s great for exports because it cuts out any fluctuations of exchange rates which could lead to a difference between a healthy profit and a possible loss.

It’s easier to compare prices between countries. With one currency, it means prices are transparent so you don’t have to work out if you pay more for a new Volkswagen in France than in Germany – it’s all in euros!!

Has the penny dropped?

When you read about how much old money is being stashed away by Spaniards, did it make you think about that drawer crammed full of useful stuff that never gets used?

Everyone has a drawer or box full of old TV remotes, phone chargers and cables which you put away because ‘they’ll come in handy some day’. I bet many of you will also find some leftover currency in that drawer too. You know, you had a handful of small notes or loose change from your holiday in Greece or Turkey, which wasn’t worth changing back into sterling, so you put it away – and forgot about it!

Well now, you can cash in obsolete currencies or coins in many currencies at leftovercurrency.com. Your old Spanish pesetas, Deutsche marks, French francs and currencies still trading today such as US or Canadian dollars and Euros can be cashed in.

So why not hunt out all your leftover currency – old and new – to find out how much you can get for it?

Leftover Currency was set up Mario Van Poppel and Aleksandra Ruchala after finding old banknotes in a drawer. Curiosity aroused, they wanted to find out if they had any value and so they learned how to convert old money into cash. Thus Leftover Currency was born in 2010 to help other people exchange old currency and coins.

They were joined by Steven Lawrence in 2014 and Leftover Currency started to trade as a limited company. Steven has worked for 30 years in the UK financial and retail sectors, so brings a wealth of experience to complement the couple’s passion for numismatics – the study or collection of coins, banknotes, and medals.

So why not declutter that ‘drawer full of useful things’?

Just dig out any leftover currency, go to the Leftover Currency website and follow the instructions to see how much better off you can be by offloading your foreign currency.

If you are feeling generous, you could even donate your leftover currency to charity … now we like that idea!

Are you a charity? Get in contact with Leftover Currency to be featured on their page. 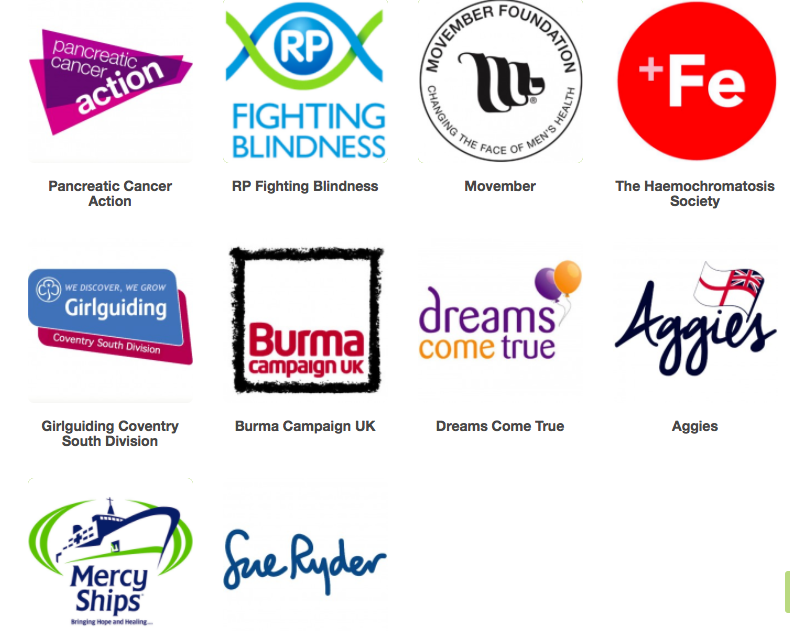