My Thoughts on Brexit in Spain: Finally Looking Forwards after Three Years of Living in Limbo

Before I start, I need to be brutally honest with you.

I am not in the slightest bit interested in whether you voted to leave or to remain. I don’t care about the figures in the millions and billions being thrown around by opposing sides. Who knows what we should believe. Who we should believe. When the Brexit in Spain bombshell actually landed, I was on the point of saying that I didn’t care whether the UK was in the EU or not. But that would be taking it too far.

Of course, I care.

But I’m a realist.

I grew up with the EU. 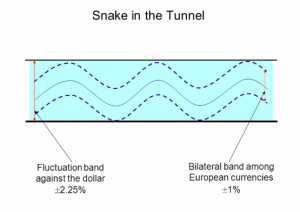 Who else remembers the “snake in the tunnel” explanation of the euro currency being explained in A level economics classes?

As an Erasmus student, I was fortunate to spend two years at university in France. What an experience! Without the Erasmus grant, this probably wouldn’t have been possible. (Please note that despite not earning over the required wage, post-graduation, I paid back every penny of my UK student loan!).

Since graduation, I have travelled and worked my way around most parts of Spain and the islands and many in France. My ability to work wherever I went meant my trips were self-funded. Europe has been my home and I never envisaged the day that it may not be for my children…

The following morning I awoke into the land of the unknown. To face the aftermath of Brexit in Spain.  In Limbo Land. Little could we have imagined that Limbo Land would be our home for the next three years …

Whether you love him or loathe him, Boris did get Brexit done (actually, he’s so far only done a half job but we’ll look at that later). Finally, it was time to look forward. For the main part, the part that makes our family life in Spain and the lives of others looking to relocate to Spain, at least until the end of 2020, things are finally much clearer.

Call me selfish if you like, but my priorities lie with my family, friends and many acquaintances. I am speaking about those of us who have endeavoured to follow procedures and play by the rules for living in Spain. The many couples and families who we have helped make the move to Spain have also followed our lead and played by the rules. And thankfully we can all now breathe a huge sigh of relief.

I am not saying obstacles may not lie ahead. But life would be boring without a few challenges along the way, wouldn’t it 😉

How has Brexit in Spain affected our lives so far?

We have literally spent three years living in limbo. Carrying on with life as best we can (and I must admit we do that pretty well!) swimming amongst the tide of never-ending misinformation flying around all media channels both on and offline. Always with hope and belief that everything would work out in the end. Just not knowing when that end would come.

One of the worst experiences was the ever-growing divide of “Them and Us”.

But, who is Them and who is Us?

Are we talking Leavers vs Remainers?

No matter where you looked, there were constant battles. Nastiness. Bitterness. Accusations. Personal battles amongst people who had considered themselves friends. Not to mention the scenes witnessed against non-British people in parts of the UK.

For a long time, I was embarrassed to think that I was British. Having lived in the EU for more than half my adult life, why was my passport now going to make me only British?

So, after long deliberation, I decided to take steps to help my children obtain a Spanish passport. After all, they were born in Spain. But as many of you will know, it isn’t that easy. But is it worth it? I don’t know! How can I know?  I know the procedures, I know the rules but what I don’t know is if we should move forward or sit and wait.

So what will we do next?

We will do what we have always done. We’ll keep calm and carry on. We’ll keep updated and informed, to the best of our ability. We will be ready to take whatever action is required as soon as it is needed.

And, of course, we will keep you updated and informed about everything we learn, via our Facebook page.

Remember, all official updates can be found:  https://www.gov.uk/guidance/living-in-spain

Our informative articles about moving to Spain & property purchase: https://movetomalagaspain.com/articles/

Oh, and before I go, no matter what you voted, nor what you believe, I hope everything works out for you, your family and friends, wherever in the world you may be. Challenging times may lie ahead but we can all get through this together!

And then my friends, came the CORONAVIRUS … (to be continued!)