Why we are writing English Spanish books…

If you follow our blog, you will know that we are producing a range of English Spanish books, these are books that can be reproduced in other languages too.

You may be more familiar with the term “bilingual books”. However, we are not necessarily promoting bilingualism and believe English Spanish books to be a more appropriate description.

In this post we are going to show you why we believe that you should be encouraging your children to learn new languages. We are not saying they should be bilingual, this is very challenging, to say the least. However, encouraging an interest in foreign languages is a wonderful gift to give your child.

Although our books will start in only English and Spanish, in this post, we will look at the benefits of language learning in general. For ease of understanding, we will also refer to the use of two languages with the term “bilingual” in this post.

Today’s parents know the importance of being bilingual. Now they just need to know where to turn for assistance in finding fun and affordable bilingual products that will bring the target language into their child’s life. The internet has made their search much easier than in the past.

Remember to make it fun! Remember to start early! The experts agree, the earlier the better. [tweetthis]Don’t miss out on the prime time of your child’s development to provide your child with a lifetime of language skills.[/tweetthis]

Why do we think you should encourage young children to learn languages?

Language learning is a natural process when children are young. Adults often try to learn languages in a contrived way. Most people, for example, can recite the verbs in French—je suis, tu es, il est, elle est, nous sommes, vous êtes, etc. Yet they find it much more difficult to speak French naturally when they visit France. Yet when people immerse themselves in a language like children, through play and exploration, they can learn a language quickly and easily. So the more we become child-like in language learning, the easier it becomes. Children growing up in a well-rounded environment learn to speak at least 2,000 basic words by the time they are four years old. Simply observing how babies learn to talk proves that they are natural learners. [tweetthis]During the first six months of life, babies babble using 70 sounds that make up all the languages in the world[/tweetthis]. They will then learn to talk using only the sounds and words they pick up from their environment, most importantly from their parents and caregivers. A baby’s brain will then discard the ability to speak in languages he or she does not hear (Kotulak, 1996).

In our Cooking with Languages, language-learning activity books, the children are immersed in having fun in the kitchen, they are focusing on helping to make scrummy food. The language-learning appears to them as secondary. The primary focus is fun.

I think it is interesting to understand the brains developmental patterns to try to put this more into perspective:

The First Month: As a baby’s senses react to his or her environment, he or she develops new synaptic connections at the phenomenal rate of up to three billion a second (Kotulak, 1996). Everything that a baby experiences is absorbed by the brain and stored in its memory cells.

The First Six Months: Babies will babble using the sounds in all of the languages in the world. A child, however, will learn to talk using only the sounds and words he or she picks up from his or her environment. A child will discard the ability to speak in languages he or she does not hear.

Eight Months: A baby’s brain has about 1,000 trillion connections. After that, the number of connections begins to decline-unless the child is exposed to stimulation through all his or her senses.

Around Age 10: About half the connections have died off in the average child. Five hundred trillion will last throughout an individual’s lifetime.

Up to Age 12: The brain is now a super-sponge. It is during this period that the foundations for thinking, language, vision, attitudes, aptitudes, and other characteristics are laid down. After this stage of development, the windows close; the fundamental architecture of the brain is complete (Kotulak, 1996). Therefore, it is easier to learn a foreign language in these vital years.

According to the critical period hypothesis, there’s a certain window in which second language acquisition skills are at their peak. Researchers disagree over just how long that window is, some say that it ends by age 6 or 7, while others say that it extends all the way through puberty, but after that period is over, it becomes much harder for a person to learn a new language. It’s not impossible, but children in that critical period have an almost universal success rate at achieving near fluency and perfect accents, while adults’ results are more hit-and-miss.

The wonderful thing about young children is that they will give things a try without necessarily worrying if it is correct or not. This applies to language learning as well. Young children will often jump right in to try out what they have learned without worrying about mistakes. They are eager to see the response they will get from other students and adults when trying out their new words and vocabulary. It is an exciting and empowering experience for children.

Young children enjoy learning. They don’t care if an activity will improve their cognitive ability or motor skills. They just want to jump in and have a great time doing it. This same approach is true for children learning a new language. We would never try introducing high school students to a foreign language via children’s nursery rhymes, silly songs and hand puppets while sitting in a circle on the carpet. Yet, for young children, this is actually the best way to go about it because it makes language learning so much fun. It is amazing how quickly children will pick up a new language while having fun!

It has already been established that children who learn a language when they are very young have a much better chance of not having a “foreign” accent when speaking another language. Research from a team at the University of Washington, which focuses specifically on childhood speech perception, has noted that as we get older, it is harder to pick up additional languages with native-like pronunciation. Thus, one very compelling reason to start children off with another language at a young age is to give them the gift of a native accent!

Introducing children to languages when they are young helps them accept the fact that bilingualism and multilingualism are normal in our world. Speaking more than one language shouldn’t be treated as something out of the ordinary. It is simply a element of belonging to our global society. When young children are exposed to other languages and cultures at a very young age through books, videos, songs and objects, they will have the opportunity to feel comfortable growing up in a world where languages and cultures intertwine on a daily basis. 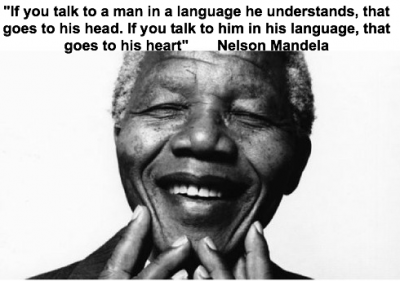 Languages for the Future, published by the British Council

In a 2014 Report, Languages for the Future, published by the British Council, the need and importance of language learning is highlighted.

“There can be no doubt that the UK needs  more of its people to speak foreign  languages – for employability, for trade and the economy, and for our cultural life. But, let’s be honest, there are big barriers to this. So many people worldwide do speak English, and learning foreign languages in the UK has often been seen as an academic pursuit rather than a vital skill. Much of this revolves around the difference between being ‘fluent’ or ‘functional’ in a language …”

It is hard to know, especially at a young age, which language is likely to be of most use. So perhaps a more ‘functional’ focus – having enough – might be the key to promoting language learning in the UK. Not to impoverish or lessen the academic or cultural value of long-term language study, but to increase the number of people who feel able – not unable – to travel, explore, navigate and engage at some level with people in other languages.”  John Worne. Director of strategy, British Council

“It is a widely held – if not undisputed – view that the UK is lacking in the necessary language skills for the future, partly because of the status of English as the language of international communications.”

The Ten Most Important Languages

Taking all ten indicators used in this analysis into account, the ten languages which emerge as the most important  for the UK are as set out in Table 9. Details of the scores for different languages appear in the Appendix  along with an explanation of the evidence underlying each indicator. 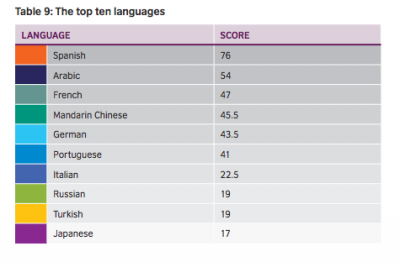 The British Council commissioned a  survey from YouGov to find out to what extent the UK population was able to  communicate in the languages identified.

The results can be seen in Chart 5. It is clear that considerable work needs to be done to increase the UK’s language capacity and this report offers a set of recommendations to address the deficit. 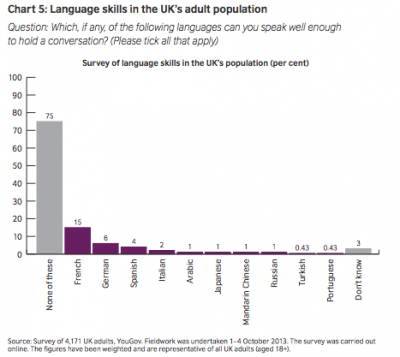 Young people should be given  opportunities to sample a range of languages and cultures during their school career. They and their parents should also seek out more opportunities for language learning outside school, and all students should receive appropriate advice about the benefits of competence in another language for work and adult life.

And if you are still not convinced …

The following summary is taken from a recent newspaper article, highlighting the benefits of language learning and knowledge, at any age: (taken from the Huffington Post)

… But aside from all these reasons, there is a multitude of research showing how speaking more than one language is also good for your health — particularly, the health of your brain. Here’s where the bilingual among us have an advantage:

A final word from me …

So, no matter which expert you believe, regarding the best time to start learning a language, I think it is safe to say that any age is a good age to start if you wish to reap the benefits.

[tweetthis]As parents, we can all give the gift of language learning to our children. [/tweetthis]

Rest assured, they will thank you for it, in whatever language they can. 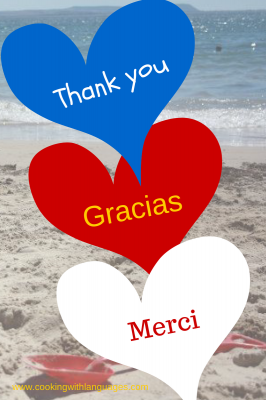 To order a free sample copy of our English Spanish Books in our Cooking with Languages range, CLICK HERE