The importance of speaking Spanish when moving to Spain

In my opinion, too many people move to Spain without being able to speak Spanish or even starting to learn Spanish. I’m not saying you need to be fluent, but I am suggesting that it should be a personal goal to at least make a really big effort. Being able to at least start a conversation with a Spaniard, in their own language, will truly enhance your chances of integration and open so many more exciting doors for you.

“It is essential. Not speaking Spanish in Spain is just not living in Spain.” Pierre Alban-Waters (Madrid)

I honestly believe that being able to speak at least a small amount of Spanish really contributes to your enjoyment of Spanish life. Spanish people are generally very warm and welcoming and genuinely seem to appreciate any attempt a foreigner makes to speak their language.I appreciate that some people find it easier to learn a language than others, but I find it hard to understand those who do not even try.

Admittedly, in many places, particularly in the popular coastal areas, speaking Spanish is not an absolute must as these places are so cosmopolitan and multi-national that Spanish is sometimes the least heard language. In many parts of Spain, particularly in areas where there are large expat communities, English is widely spoken and you can live a great life without needing to know a word of Spanish if that is what you are looking for. However, a basic knowledge of Spanish can really make a dramatic difference.

In some, mainly coastal areas, residents of all nationalities have set up their own little communities, shops, bars, restaurants and even schools.  In contrast, in more rural areas and in the many, lovely, pueblos blancos  (whitewashed villages), the inability to speak some Spanish may become a real burden upon your daily life.

I am not suggesting that you go back to school and study for an official qualification. I am simply suggesting that maybe by signing up for an evening class, buying a self-study book or even browsing some of the many online resources, you will pick up a little bit of the language and you will be thankful you did.

Think about your children!

“Interestingly … in this area, the men struggle much more than the women due to a greater fear of making a fool of themselves (according to several blokes I asked). It´s not that they don´t know any Spanish, just not willing to look like an idiot…. kind of like the stereotype of not asking for directions!” Yolanda Solo (Huelva)

Ok, that may seem a little bit extreme. However, I encourage you to think about it. Too many people do not.

Yes, I agree, it is a great way to encourage independence and boost confidence in our children but that is not always what it is. It is often due to the parents lack of language knowledge. People become lazy. They rely on their children’s amazing language learning ability. But is that right? Is that what you envisage for your family’s future?

“Language is fundamental for understanding a country and for enjoying every aspect of a country and its people.Whilst an expat is very rarely bilingual (as I understand it to be bilingual you have to be able to speak both languages as a native would of those countries) so fat chance most of us have even if you have been here years most of us have accents and make mistakes but, of course,  you can get to a good level by going to classes,mixing,working in and practising Spanish daily.Spanish friends are a must.” Paddy Waller (Valencia)

The above article is an extract from our Bestselling Book “Moving to Spain With Children” available on Amazon. 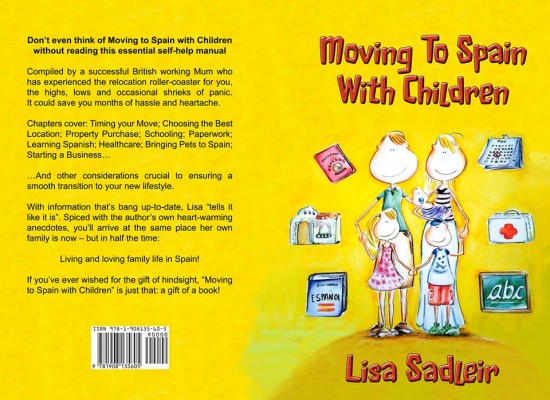 for a fun way to help your children learn Spanish